You’re invited to join the Lead Like a Woman Circle to explore the many facets of female leadership.

Our ‘lunch and learn’ style Circle meets virtually on the 1st Tuesday of each month at 12 PM.

This month, our guest speaker is Mayor Elise Partin.

Join us to help define what it means to Lead Like a Woman! 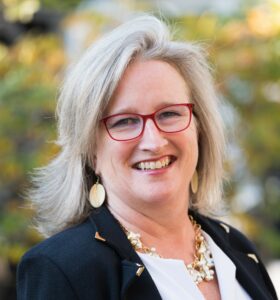 Elected in 2008 and re-elected in 2010, 2014 and 2018, Elise Partin is Cayce, S.C.’s first female mayor. Mayor Partin prioritizes fiscal responsibility, community needs and economic development, with a focus on empowering citizens, providing strong leadership, fostering open communication, and enhancing quality of life in Cayce. Mayor Partin serves on several influential boards in the Midlands and works as an adjunct professor at her alma mater, the University of South Carolina and faculty at the Buckley.