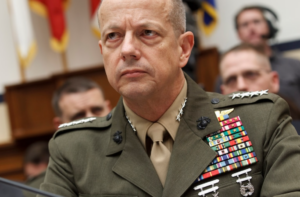 A House bill introduced Thursday seeks to curb foreign influence in U.S. democracy by imposing a lifetime ban on members of Congress, senior military leaders and senior executive branch officials from lobbying for a foreign government or political party, among other measures.

The legislation would also compel tax-exempt groups, including think tanks, to disclose high-dollar donations and gifts from foreign powers and require political campaigns to verify that donors have a valid U.S. address, using the three-digit CVV code on the back of credit cards.

The proposed measures, which have not been previously reported, respond to growing concern on Capitol Hill that key components of the government and civil society remain susceptible to foreign interference, six years after the Kremlin mounted a campaign to influence the 2016presidential election.

The legislation addresses issues brought to light more recently by the federal probe into whether retired four-star Marine Gen. John R. Allen, who resigned over the weekend as president of the Brookings Institution, lobbied on Qatar’s behalf without disclosing his activities as required under federal law. And the proposals come amid stepped-up enforcement by the Justice Department of the Foreign Agents Registration Act, including the decision last month to sue Steve Wynn, a developer and Republican megadonor, to compel him to register as an agent of China.