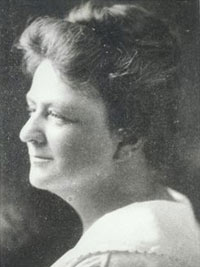 Susan Pringle Frost was born a member of an important family, very distinguished and well known in Charleston. When her family’s business started to fail, she entered the workforce and cultivated an interest in women’s club and women’s suffrage. She became the first president of the Charleston Equal Suffrage League. In addition to these social issues, one of her passions was the preservation of Charleston’s historic sites. She helped fund the Preservation Society of Charleston. Her preservation work in Charleston saved many endangered landmarks and led to one of the nation’s first historic zoning ordinances.