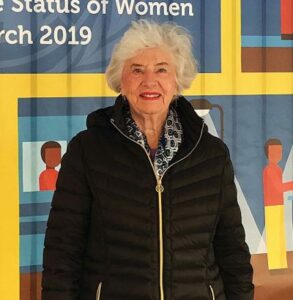 A strong woman known for her activism in Columbia, Keller Barron focused on many issues: women’s rights, voters’ rights, improving racial relations, and education reform. For her efforts she was the first female recipient of the Christian Action Council Citizenship Award, the E.A. McDowell Award for Distinguished Christian Service, and the Modjeska Simkins Prize. Barron served on the League of Women Voters as the local and state League president. For the national board, she was the Chair of Voter Service, the Election Systems Project, and the Individual Liberties Project of the League of Women Voters Education Fund. In addition, she chaired the campaign for ratification of the Equal Rights Amendment Fund. Her career in state politics was furthered when Governor John West appointed her to the State Reorganization Commission, and the Human Affairs Commission. From 1977 to 1979 she served as the first woman chair of the SC Committee of the US Commission on Civil Rights.