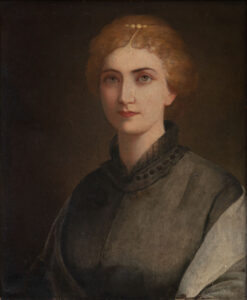 Hellen Morris Lewis was an important figurehead for women’s suffrage in the South, especially in her home state of North Carolina. In 1894, she sponsored her state’s first public meeting on women’s suffrage. She organized the first women’s rights association there and began the Equal Suffrage Organization for women in North Carolina. She spoke at the National Woman Suffrage Association in Atlanta and D.C.  In 1899, she began campaigning for Superintendent of Waterworks in Asheville as the first woman to run for a public office in the state. Although she was recognized as a prominent speaker and suffrage advocate her efforts did not lead to much as the movement died down.