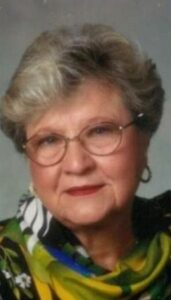 As a college junior, I’ve grown up being told that women can do anything men can do.  The women who raised, mentored, and taught me had full-time, professional careers, and never once did an adult say “You can’t do this because you’re a girl.”  So it’s hard for anyone of my age to imagine the era when Rock Hill native Betty Jo Rhea was growing up, when women were told they simply couldn’tbe equals.  Interviewing Rhea last Monday made me realize hers was also the generation that said “We’re not going to take this” and changed the face of politics forever.

When Rhea volunteered to teach swim class at the Junior League ‘Worthy Girls’ camp in the 1960s, she couldn’t have known the head of the Parks and Recreation department would ask her to consider getting involved.  She spent nine years (three of them as chair) on the Parks & Rec Commission, attending city council meetings to show her support and stay informed on local issues.  In 1978 she beat out eight other candidates in her first race for Rock Hill City Council.

Eight years later, when Rhea ran for mayor, many of her campaign volunteers were young married people and her children’s friends. “Once I made up my mind, I was in for it.  I just looked at the future, and what we needed to do as far as that future was concerned.”  Her supporters – including Senator Lindsey Graham, speaking on the Senate floor– called her “the people’s mayor.”

In a 1985 Rock Hill Herald article. Rhea insisted the City had to diversify economically if it wanted to hang on. When she took office, unemployment in Rock Hill was at 17.29%, with just one of the city’s thirteen textile mills still open.  But Mayor Rhea’s leadership put Rock Hill on the map, revitalizing the downtown areas, attracting new business, and creating green initiatives (for which the city began the Rock Hill Environmental Award, or RHEA, in her honor).

A typical day in the Mayor’s office was hectic, often lasting from seven in the morning to ten in the evening, but she “loved doing that kind of thing…It’s a wonderful experience to have in your life, and it’s wonderful to be able to give back to your community in that way.  Have a stake in the city you’re a part of, or the state, or the country.”

Today, Rhea still gets recognized by “a lot of people who remember me from first grade.  I used to visit schools a lot, and I loved doing that, visiting and talking with them.”  Rock Hill residents will also know her from her public-access TV show and ongoing participation in community service.

She encourages politically-minded women to volunteer.  “Get to know the arts, chamber of commerce, newspapers – be a positive person, and be out there, let people know you.”  Rhea says one of the reasons she perceived very little gender bias in her elections was because she knew so many Rock Hill residents personally, and they knew her.

“Politics are different today. I find it much more negative, much less trying to work with each other, even mean.  I never saw that before.  There was always camaraderie there.  I think people need to be more positive about what they’re doing… I’m not saying it was always rosy and beautiful, but it at least people tried to work things out.”  She also notes, “We used to have a lot more women in the legislature.  At one time, there were three women mayors in cities here.  I think women do have a different perspective, they’re much more positive.”

Mayor Rhea advises women thinking about a career in politics today to remember that need for problem-solvers: “Be positive.  Get out there and really work hard.  And it is hard work — don’t kid yourself that it’s not. But it’s well worth it.  You have a sense of satisfaction in what you do.”