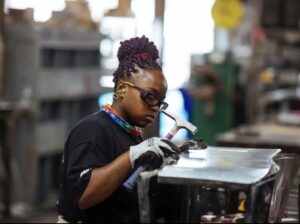 Women have been able to close the pay gap with men in several U.S. metropolitan areas, and have surpassed their male counterparts in many cities, according to a new report.

The Pew Research Center analyzed Censes Bureau data and found that in 22 of 250 U.S. metropolitan areas, women under the age of 30 earn as much or more than their male counterparts. New York City and Washington, D.C., are among the cities in which young women earn more than young men, the study found.

The report also found that earnings parity tends to be greatest in the first years of entering the labor market. The wage gap tends to expand over time. In 2000, a typical woman between age 16 to 29 earned 88% of a similar young man. But by 2019, when people in the group were between 35 and 48 years old, women made only 80% of their male peers, on average.

And although the gap may have been narrowed in many U.S. cities, nationally there is still a ways to go.