Women in Leadership: Challenges and Recommendations 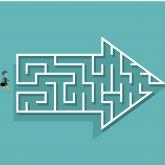 Women have made great gains in higher education and are now earning more degrees than men. In the 2016-17 academic year, 57 percent of bachelor’s degrees were conferred to women, and according to the Pew Research Foundation, women now compose half of the college-educated workforce.

While acknowledging gains made in numbers of women, it is equally significant to address the challenges women continue to confront: women hold the least senior administrative positions and are the lowest paid among higher ed administrators. The picture is starker for women of color: in 2016, only 14 percent of higher ed administrators — men and women — were racial or ethnic minorities. Women, and this is especially the case for those of color, are also underrepresented in tenured and full professorships, which in turn limits opportunities to advance into formal leadership positions at colleges and universities. Yet we know, from research and our own academic experience, that qualified and ambitious women are definitely not in short supply.

Often described in the business sector as a glass ceiling — the symbolic obstacle women hit at midmanagement — barriers to women’s advancement could, in the context of academe, also be thought of as a labyrinth. Women are not simply denied top leadership opportunities at the culmination of a long career, but rather such opportunities seem to disappear at various points along their trajectories. And even when women attain leadership positions, we face challenges embedded within institutional structures and systems — and perhaps most important, mind-sets — that require transformative change.

Compounding women’s own difficulties as leaders in higher education is the reality that we are also serving as models for our students. Among our general student populations and especially our growing adult learner populations are increasing numbers of established women professionals who are returning for career advancement or self-development. These women often must balance the responsibilities of life with their education in ways that were perhaps not the case with students we may have seen in the past. If those of us educating such women are ourselves struggling with our own advancement, what example are we setting? Students — whether traditional or nontraditional and across racial and ethnic backgrounds — lack Black, Indigenous and people of color role models, especially women of color, in positions of power in higher education.

It is rare that women leaders across different parts of the higher education sector get a chance to sit down and share their experiences with each other. That is probably not the result of the differences across our delivery of academic programs or a reluctance to talk to one another, but more that of a time famine, a term that came into being in 1999 to describe the universal feeling of having too much to do but not enough time to do it.

The two of us were fortunate, however, to be selected as members of the 2020 HERS (Higher Education Resource Services) Leadership Institute cohort, and, in the course of our time together with other women leaders, we discussed our experiences in academic leadership positions at some length. With the increasing diversity of higher education and the corollary needs and expectations that accompany it, such triangulation is not only rare but important. We found that despite serving in different leadership positions at different higher education institutions, with different disciplines and personal backgrounds, our experiences navigating leadership within academe have been remarkably similar in certain ways.

What we share is a drive to describe a phenomenon we have identified and are currently examining: the persistence of systemic obstacles to women’s (especially women of color) leadership advancement in higher education that results in a loss of talent to institutions. We have identified four interconnected imperatives why academe must remove these obstacles.

The ethical and antiracist imperative. Achieving gender parity in leadership is, first and perhaps most important, a matter of fairness. When women are excluded from top leadership positions, they are denied the agency to make a difference in their workplaces and societies. Leaders enjoy power, high status and privilege, and leadership in one area opens doors to other opportunities, which further amplify the perks of leadership.

Unfortunately, however, stereotypes and biases present subtle yet significant obstacles for women, and particularly for women of color. In addition, the structure of higher education and the culture of the workplace deter women from being productive and being heard. For example, women of color are often viewed, and used, as token representatives. Successful ideas and programs that they develop and direct may be appropriated by and credited to men and sometimes white women as well. Or ideas and programs that women initiate may be perceived as “soft” responses and dismissed.

The business imperative. As we strive to create workplaces that are productive, respectful, collegial and inclusive, we should remember that having diverse women in leadership positions can be beneficial to the bottom line. Data show that companies shifting from a corporate structure composed of no women to 30 percent women are associated with a 15 percent increase in profitability. Conversely, companies in the bottom quartile for both gender and ethnic/cultural diversity were 29 percent less likely to achieve above-average profitability.

The higher education imperative. Gender intersects with race in higher education: 86 percent of administrators are white, while only 7 percent are Black, 2 percent Asian and 3 percent Latinx. Less than a third of college or university presidents have been women, and the majority of them have been white women. Not surprisingly, among faculty members, white men make up the largest numbers of people in senior positions, and in recent years, white women have made significantly more gains than women of color.

As the 40 essays in the anthology Presumed Incompetent: The Intersections of Race and Class for Women in Academia underscore, women of color persistently must deal with suspicion and questions about their competency based not on their accomplishments and potential but rather on their motives as well as how other people perceive their identities. Bernice Sandler several decades ago identified a chilly climate that virtually all women in academe experience, and for women of color, it is especially relevant today and becomes even colder at the top.

The few women in administrative leadership positions may not fit neatly into male styles and cliques, and they may become more isolated and yet increasingly visible for scrutiny. People often judge their actions and words from a white, privileged lens. Solo status — being the only representative of a social category in an otherwise homogenous group — exacerbates effects of such stereotyping and isolation, which can negatively impact how such women are evaluated.

The student imperative. Women may relate their own challenges to those other people now coming through the academic career pipeline are experiencing and may serve as mentors to faculty and students. They contribute to diversifying experiences, bringing to the center experiences of those who are marginalized and excluded — both faculty and students.

With women of color leaders, students are exposed to perspectives beyond those of the dominant majority, particularly as the demographics of the student population are projected to change (toward a multiracial category) over the next few years. Additionally, it has a profound effect for women of color faculty as their abilities and knowledge are incorporated and integrated into the enterprise of higher education. As we have experienced, being a woman or women of color in a leadership position, if accompanied by support and a level of power, may convey a sense of possibilities for others.

A New Approach to Women’s Leadership

Perhaps the most crucial element that has to change on our campuses to respond to these imperatives is a change in perspective or mind-set. We have each experienced significant support at different points in our trajectories, in our own careers and those of others we are familiar with. But we have also noticed ways those in upper administration and colleagues at all levels interpret women of color’s leadership at a particular moment: as angry, emotional, hysterical, reactive, assertive and ambitious — usually in connection to particular proposals and ideas associated with gender and diversity more broadly.

Conversely, when women leaders receive support and encouragement, too often it is accompanied by praise that refers to women as passionate, nurturing, warm, enthusiastic, articulate and exotic. While well intentioned, this sort of support and encouragement can, in effect, undermine women leaders’ intentional, goal-driven and research-based strategies and efforts and power. Given the intersecting identities and the various roles each person embodies, we cannot underestimate the damage of this approach to women of color’s success and well-being.

Our own experiences of being stereotyped and tokenized and implicitly (and at times explicitly) having our leadership and ideas attributed to supposedly innate gendered and oftentimes racialized attributes are part of a larger trend. We don’t have to look further than recent media coverage of the six women presidential candidates to see just how prevalent and normative undermining women’s leadership has become. For the first time in the country’s history, we had six women running for president, and they were commonly depicted as “the Meanie, the Lightweight, the Crazies, and the Angry, Dissembling Elitists,” as columnist and author Rebecca Traister wrote.

It is time we do more to support and recognize women leaders as intentional, strategic, intelligent, deliberate, goal-driven, focused, accomplished, successful, ambitious and visionary. Let’s rethink how we approach women’s leadership. Rather than well-intentioned comments and perspectives that may in practice be dismissive, patronizing, sexist and racist, and provide little power and resources, we recommend starting with a few questions to approach women’s leadership in all of its heterogeneity across our institutions.

Some of those questions include: How are women represented in senior leadership positions? How are Black, Latinx, Asian and Indigenous women included or excluded in these forms of leadership and decision making? How are queer identities included or excluded? How is the labor of women leaders, and women of color more specifically, being recognized and compensated? How can women of color leaders be considered capable of moving up the ranks and appointed to positions of formal power and authority? How is leadership being supported through the provision of resources to bring about sustainable change? What forms of mentorship are available or being developed to support women as leaders?

We would still have a long way to go, but that would at least be a start.