Home › Learning Center › Women Get Overlooked for the Superintendent’s Job.  How That Can Change

Women Get Overlooked for the Superintendent’s Job.  How That Can Change 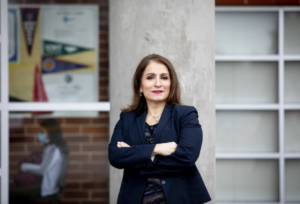 For women superintendents, the path to leadership has meant trudging through self-doubt, “imposter syndrome,” and occasional bouts of anger at a biased system. If you ask them, it doesn’t have to be that way.

Since March 2020, school districts have seen a “potentially historic” turnover of superintendents, said Julia Rafal-Baer, co-founder of ILO Group, a women-funded education policy and research group. In a review of the country’s 500 largest school districts, ILO Group found that 186 experienced a leadership transition since March 2020.

Seven out of 10 of those jobs went to men, Rafal-Baer said. The research group also found that women superintendents make on average 12 percent less money than male counterparts and are more likely to be hired if they served as a deputy or interim superintendent in the past.

And in a field where women represent the majority of workers overall, other research has found that in the 2019-20 school year, 1 in 4 district superintendents were women.