Women Are Once Again Becoming the Focus of the Midterms 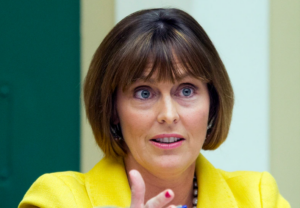 As the issues affecting the midterm elections take shape, something is becoming clear: Many directly impact women.

The baby formula shortage, high gas prices, rising food costs and the upcoming Supreme Court decision on whether to overturn Roe v. Wade are putting into focus, once again, the central role played by women voters, especially in the majority-making suburbs.

House members are beginning a two-week stretch in their home districts and Democrats are tailoring their message to reach women voters. But that’s a tough challenge at the moment.

Democrats control Washington, so they are trying to explain how Republicans are blocking their agenda and how it would be much worse if the GOP controlled either or both chambers of Congress next year.

When asked how hard it is to be a woman and a mother right now, Rep. Kathy Castor (D-Fla.) told The Early, “It’s incredibly difficult, and it has been difficult coming out of covid.”

Covid has had a greater negative economic impact on women and now the formula shortage has put added pressure on women on top of increased prices for food and gas due to inflation and the war in Ukraine.

In an attempt to ease the formula crisis, President Biden is touting the first shipment of formula from Europe, which the administration said equals 1.5 million 8-ounce bottles. More shipments are expected this week.

Polls show that the economic issues are having a direct impact on the mood of women voters. In a Quinnipiac poll last week, Biden’s approval rating is just 39 percent among women. That compares to 55 percent in 2020, according to Pew Research. While Biden won’t be on the ballot in November, voters’ opinion of Biden is an important gauge of voters’ mood of the president’s party.