Why Voting Matters to You 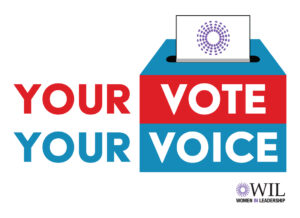 Have you ever wondered about the importance of your vote? Women’s health, clean air and water, and hurricane evacuations are just a few of the areas where the people you elect directly impact you, your family, and your community. Learn more about why your vote matters by clicking on the links below.

Voting Matters for Clean Air and Water
In Flint, Michigan, it was state elected and appointed officials who made the critical decisions that ultimately led to the water contamination. Decisions about the air and water on which you, your family, and your pets rely is decided at all levels of government.

Voting Matters for Hurricane Response
State, county, and local government officials determine when areas evacuate, if highway lanes are reversed, and when people can return to their homes. The state is then responsible for bringing in the federal government agencies, like FEMA, for relief efforts.

Voting Matters for Domestic Violence
Elected officials can create legal protections for women and girls to decrease the femicide rate in SC, support victims of abuse through finding jobs and housing, and address workplace.

Voting Matters for Roadway Safety
Roads in South Carolina are maintained by state, county, or local governments. The money for the maintenance comes from your tax dollars and then elected and appointed officials allocate those funds.

Voting Matters for Childhood Education
Financial allocations for public schools and preschools are decided by state elected officials. South Carolina is currently ranked 43rd in education by US News.

Voting Matters for Future Voting Rights
Access to the polls, redistribution of districts, and changing voting requirements are all decided by our elected officials or appointees of the elected officials. If you want a voice in who decides your voting rights in the future, then you need to vote.

Every Vote Matters
Elections at the local, state, and national levels have all been decided by only a few votes. One vote could actually make the difference of who represents you on all of these, and many more, important subjects.