Why do we Redistrict? 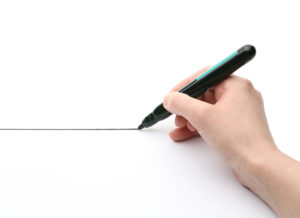 We may assume that electing legislators from districts is mandated under the U.S. Constitution, but we’d be wrong.  Until 1967, states could and did elect Congressional representatives from combinations of single, at-large and multi-member districts.

The 1965 Voting Rights Act prohibits voting practices and procedures that dilute the ability of minority voters to elect candidates of their choice. In most instances, a single-member district was a remedy to that potential dilution.

In the 60’s, times were a-changing.  Several U.S. Supreme Court decisions, led by Baker v. Carr in 1962 and Reynolds v. Sims in 1964, provided for “one person, one vote”. The courts ruled that each district had to contain the same population, which is counted by the census each decade.

As with many well-intentioned regulations, powerful people quickly figured out how to work around the rules.  They learned to pack similar voters in the same district or put so few in a district that they would have little to no impact on an election.

In 2021, the Bureau of the Census will release population estimates for the United States.  If there is more than a 10% difference in population between the biggest and smallest Congressional district in each state, those districts will be redrawn or redistricted.

We should ensure that redistricting upholds the spirit of the Voting Rights Act.  One way to do that is to urge state and local government to have an independent commission draw districts.