Where do we Draw the Line? 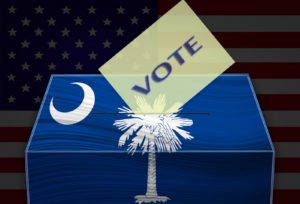 When redistricting begins in 2021, South Carolina – along with the other 49 states – will draw new legislative districts for the U.S. House and the state legislature.  Redistricting is legally required every 10 years.

The South Carolina Senate and the House adopted separate redistricting criteria in 2011 that largely followed the Colleton Court’s outline. Unless guided by law changes, they will almost certainly do so again in after the 2020 census.

South Carolina and all states must be in compliance, of course, with the U.S. Constitution and the Voting Rights Act.  State constitutions, laws, or legislatively-adopted criteria may set districting criteria, too. In addition, Courts look to “traditional districting principles.”

In the end, however, except for the requirements imposed by the U.S. Constitution and the Voting Rights Act, districting criteria are policy choices. Policy choices made in other states or under consideration could offer guidance to changing how South Carolina draws electoral districts.