When It Comes to Getting More Women in Leadership, Culture Eats Strategy for Breakfast 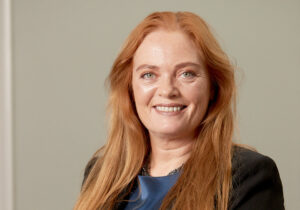 The focus on getting women in executive positions has increased significantly in the past several years, but despite efforts, such as mentoring and corporate quotas, there’s still a huge hill to climb. We’re still not seeing these strategies translate to significant appointments or promotions. Yes, women are gaining more seats at the executive table, but progress is slow.

In fact, only 21% of the C-suite in 2019 was represented by women, even though evidence shows that companies led by women often perform better and are more profitable. Furthermore, the World Economic Forum found that in the U.S., women represent 47% of the workforce. And they comprise 50.2% of the college-educated labor force, yet they hold only about a quarter of leadership roles.

Organizations must go beyond optics to create a culture that is rooted in a growth mindset and commitment to diversity and inclusion.

In 2019, the proportion of women in senior management roles globally grew to 29% – the highest number ever recorded, according to Catalyst Research – but that percentage remained steady in 2020. Still, 87% of global mid-market companies have at least one woman in a senior management role.

There are many programs available today that are focused on gender diversity. In fact, a report from WEF in 2010 examining more than 130 countries found that the majority of them offered things internally like mentoring, networking and women-specific programs. But these efforts aren’t necessarily translating into promotions and executive positions. Because that was 10 years ago, and look where we are today – significant change is still needed.

A cultural shift is needed

There’s a perception that certain leadership skills are inherently male – but part of the problem is that this is a self-perpetuating cycle. Men have been in leadership roles for most of human history, so people most often think of leaders as male. But if there were more women in leadership positions, that wouldn’t necessarily be the default assumption. There’s a need to change the long-held perception of leadership, but that can only be accomplished by actually changing the culture.

There is a need to change policies, as well. Maternity leave and childcare often reflect negatively on women in the workplace because child-rearing is still fundamentally seen as a woman’s job, even though both parents play a role. Taking time out to bear and raise children can affect men and women quite differently. A Danish study found that mothers experienced a “child penalty” of a 20% drop in earnings compared to fathers over the 23-year study period. The researchers noted that financially, “women and men evolve in parallel until the birth of their first child, diverge sharply immediately after child-birth, and do not converge again.”