What Lia Thomas Could Mean for Top Transgender Athletes 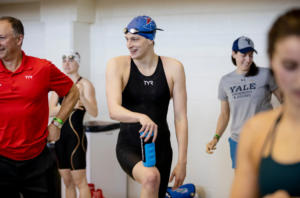 The women on the Princeton University swim team spoke of collective frustration edging into anger. They had watched Lia Thomas, a transgender woman who swam for the University of Pennsylvania, win meet after meet, beating Olympians and breaking records.

On Jan. 9, the team met with Robin Harris, executive director of the Ivy League athletic conference.

The swimmers, several of whom described the private meeting on condition of anonymity, detailed the biological advantages possessed by transgender female athletes. To ignore these, they said, “was to undermine a half-century fight for female equality in sport.”

Ms. Harris had already declared her support for transgender athletes and denounced transphobia. In an interview, she said that she had replied that she would not change rules in midseason. “Somehow,” a swimmer recalled, “the question of women in sport has become a culture war.”

Although the number of transgender athletes on top teams is small — a precise count is elusive as no major athletic association collects such data — disagreements are profound. They center on science, fairness and inclusiveness, and cut to the core of distinctions between gender identity and biological sex.

Echoes of those debates ripple outward from pools to weight lifting rooms and tracks, to cycling courses and rugby pitches, and to the Olympics, where officials face a fateful decision on how wide to open the door to transgender women.