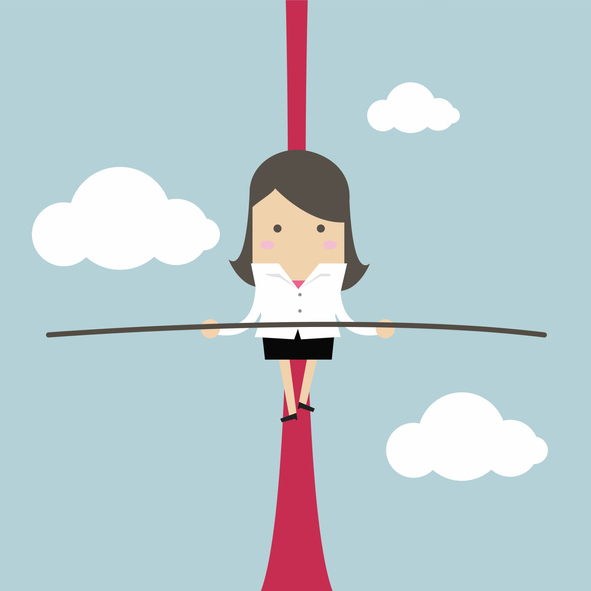 Likeability has been part of current political discourse, largely directed at female candidates. It’s no secret that women often walk a tightrope, especially in traditionally male arenas. The “soft” qualities attributed to women, such as empathy and nurturing, are accepted as appropriate for females in the workplace, but a woman who is assertive, direct, and competitive, widely accepted masculine traits, may be deemed unlikable and seen in a negative light in organizations or in politics.

A recent New York Times article, “How Women Can Escape the Likability Trap,” suggests that women should be assertive, to the extent that it feels natural, but anticipate possible negative reaction. In that case, an effective strategy may be to utilize a hybrid of gender traits. It is possible to embrace one’s nurturing side, “the office mom,” as writer Joan C. Williams refers to it, and leverage the store of goodwill to be tough when needed. She calls this “gender judo.”

“The most common anti-backlash strategy I found in the women I interviewed was to mix authoritativeness and warmth,” Williams writes. Getting to know people and sharing something personal about herself helped one female executive appear less intimidating to her staff.

Women may also consider using language that recodes behavior considered as masculine. Williams offers as an example one female recruiter for a consulting firm who rejected the firm’s common reference for male colleagues as “hunters” and instead promoted herself as the “gardener,” growing the business!

Gone are the days when women felt they had to don dark suits and ties to fit into male bastions. Appearing feminine or maternal can soften the negative perception of aggressive females, Williams suggests. Still, it’s a balancing act to not appear so feminine as to undercut perceived competence.

Is it unfair that women have to work harder to appear strong and competent but not threatening? Of course. It is up to all of us, women and men, to create workplaces and politics that value empathy and teamwork as valuable traits in either gender, and to let go of the negative stereotype of assertive women.

Gail Crouch is a writer and editor in Columbia, SC.