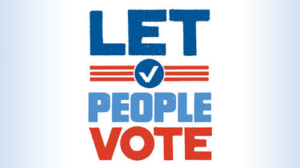 Redistricting plans have to comply with the Voting Rights Act (VRA). In 1965, the U.S. Congress passed the VRA in response to a long and very successful history keeping racial minorities from voting and electing candidates of their choice. The VRA has had a major impact in South Carolina, increasing both the number of minority voters and jurisdictions in which minority voters are able to elect candidates of their choice.

Under Section 5 “jurisdictions with a history of discrimination must seek pre-approval of changes in voting rules that could affect minorities.” In 2013, the Supreme Court ruled the coverage provisions in Section 4(b) unconstitutional. Jurisdictions in South Carolina don’t have to seek preclearance of voting changes unless and until Congress adopts new coverage rules.

The Voting Rights Act has been weaponized by some map drawers as an excuse to pack minority voters into a few districts in order to make other districts safer for the drawing party. Courts have overturned many of those districts because 1) race predominated over other traditional districting principles and 2) they failed narrowly to tailor minority-majority districts to cure potential VRA violations. Map drawers still have to avoid minority vote dilution.