The Unwritten Rules for Getting Promoted Often Leave Women Out 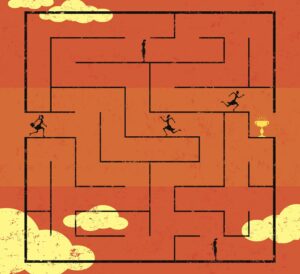 When Geraldine Ferraro ran for vice president in 1984, I was in high school. When Sarah Palin ran 24 years later, I was a partner at management consulting firm Oliver Wyman, raising toddlers.

Today, I am managing partner of the health care business at Oliver Wyman and chair of diversity and inclusion. I could not be happier to see Kamala Harris become the first woman finally elected vice president of the United States. I also believe it should not have taken us this long. So how do we capitalize on this moment and drive more progress, especially in business?

Every C-suite executive says inclusion and diversity are priorities. America’s workforce is filled with accomplished women. However, women are still passed over for the most senior leadership roles. Women represent as much as 50% of corporate employees, but only 7% of the chief executive officers of Fortune 500 companies are women and only 1 in 3 are in senior management roles, according to research from Grant Thornton.

Oliver Wyman researchers spoke with more than 160 senior female leaders in business and surveyed more than 300 male and female executives on the gender leadership gap. We found that while men and women appear to be playing the same game, we have different interpretations of the rules. No wonder, then, that there is so much frustration, and that women are losing.

Men and women agree that confidence is an essential leadership trait. Unfortunately, the agreement ends there. Beyond that, women valued collaboration and team empowerment while men favored directness and decisiveness. No surprise, then, that when men want to fill a senior role, their implicit views on what makes a great leader mean they rarely see a woman candidate as fitting the mold.

Rule 2: Know what gets you promoted

Women rank being “results-driven” as No. 3 in the top keys to promotion. Men rank it No. 10. Does this mean men do not care about results? No. But it does mean that men and women focus on different priorities.

We found that men spend more time on networking than women, who often describe “networking for networking’s sake” as unappealing and not something they focus on. As a result, men end up with more sponsors than women.

Rule 3: Know how to be likeable

As a society, we tend to expect different behaviors of women versus men. At the same time, Rule No. 1 says senior leadership positions go to the direct and decisive. The dilemma is that these qualities run directly counter to what society often expects from women.