The U.S. Puts Its Greatest Vulnerability on Display 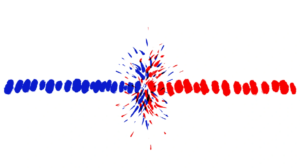 In one of his first public speeches, in early 1838, Abraham Lincoln warned that the biggest threat to the United States came from within. “If destruction be our lot,” said the future president, then 28, “we must ourselves be its author and finisher. As a nation of freemen, we must live through all time, or die by suicide.”

Citing the killings of a mixed-race boatman and an abolitionist newspaper editor by pro-slavery crowds, Lincoln described a country in which widening political division had turned into violence, declaring:

“There is, even now, something of ill-omen, amongst us. I mean the increasing disregard for law which pervades the country; the growing disposition to substitute the wild and furious passions, in lieu of the sober judgment of Courts; and the worse than savage mobs, for the executive ministers of justice … By instances of the perpetrators of such acts going unpunished, the lawless in spirit, are encouraged to become lawless in practice; and having been used to no restraint, but dread of punishment, they thus become, absolutely unrestrained.”

The same lack of restraint is evident in today’s runaway partisanship. As the coronavirus spread in the United States, former President Donald Trump downplayed the danger, and many of his supporters came to view recommended health precautions through a political lens, exacerbating terribly the pandemic’s consequences. Trump managed to turn purely factual questions, such as which candidate had won the 2020 presidential election, into matters of bitter partisan dispute. After Trump’s support for a violent mob of insurrectionists who attacked the Capitol on January 6 triggered his impeachment, many of my fellow Republicans preferred to punish not the president but those in the party, including Representative Liz Cheney and Senator Mitt Romney, who wanted to hold him accountable.

As many others have pointed out, Trump is as much symptom as cause of this corrosive version of partisanship. Although partisan intolerance predated him—think of how Republicans denied Merrick Garland a confirmation vote for a Supreme Court seat in 2016—elected officials evidently believe he represents the views of their voters.

The internal divisions now on display have become the most serious threat to American security. Foreign enemies such as Russia and China can and do try to weaken us through subversion of our civil society. Those efforts showed some effectiveness in the 2016 election. They were largely irrelevant in 2020, partly because the U.S. put up better defenses but also because Americans were already deeply divided even without foreign intervention. That is, even though Americans have the means to protect ourselves from outside efforts to inflame partisan passions, we are doing to ourselves what our country’s enemies would have done.

Our current level of partisanship is destabilizing in more prosaic ways. It makes legislative endorsements of treaties and other foreign-policy instruments rare, so presidents instead pursue their goals by executive order. And they can overturn executive orders issued by their predecessors, as Trump did when dropping out of the Paris Agreement and the Iran nuclear deal. Countries that wish to strike trade deals, agree to arms-control measures, or commit forces to fight alongside us do not know if a future president will unilaterally reverse course. If there are no enduring commitments with the U.S., any deal is risky for our foreign counterparts.

More and more, America’s alliances are becoming grist for partisan politics. Israel is the bellwether, given the ferocity of Prime Minister Benjamin Netanyahu’s support for the previous administration, but public support even for NATO allies is now colored strongly by party affiliation. Republican backing for the alliance dropped early in the Trump years and has not fully recovered.