The Nevada legislature is making history, OpEd by Swanee Hunt 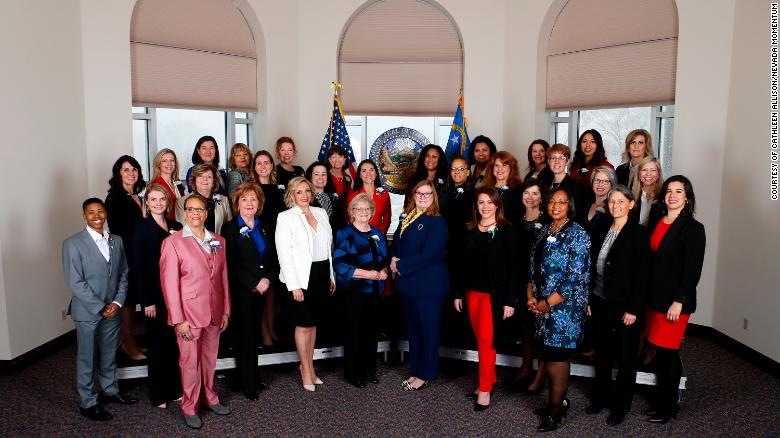 The Nevada legislature, which concluded its biennial session on Monday, is making history — and not just statistically. At 52%, this state house is the first to become majority female, and what a difference that is proving to make, particularly when it comes to women’s reproductive rights.

I’ve worked in more than 60 countries and I know that the correlation between disempowered women and stagnant social progress can’t be explained with “Well, in our culture….” From Korea to Congo to Colombia, the connection is the same. On the other side of the ledger is Iceland. In 2017, with 48% of its parliament women, it legally mandated equal pay in the public and private sectors.

Rwandan women have led the world in legislative representation (north of 60% the last 5 years). They have also moved into key positions such as constitutional commissioner, Supreme Court chief justice, Senate president and foreign minister among others. The difference? Dramatic social improvement, with significant female leadership, in almost every measurable category of stabilization.

Perhaps one of the best examples of the impact that female leaders can have is New Zealand Prime Minister Jacinda Ardern, who donned a headscarf in response to mass shootings at two mosques. Soon after, her country passed a law banning most semi-automatic weapons.

But optimism about women’s strides must be tempered. Looming obstacles remain, such as a continuing difference between how women and men are perceived as candidates and elected officials and in fundraising, where — as recently observed by author Marianne Schnall — women are still not on equal footing to men in raising or donating campaign dollars.

Swanee Hunt, former US ambassador to Austria, is founder of the Women and Public Policy Program at the Harvard Kennedy School of Government and founder of Seismic Shift, an initiative dedicated to increasing the number of women in high political office. She is also the author of “Rwandan Women Rising.” The views expressed in this commentary are her own. View more opinion on CNN.