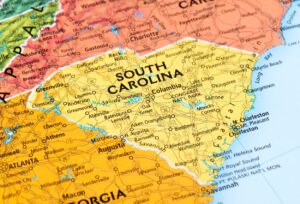 In a victory for voting rights, South Carolina has agreed to adjust South Carolina State House district lines in some of the most historically significant areas of the state for Black voters by passing new maps this session.

The move stems from a lawsuit filed by civil rights groups that charged some of the new districts intentionally discriminated against Black communities in the state and denied Black voters equal opportunity to participate in the political process and elect candidates of their choice.

The case was brought on behalf of the South Carolina State Conference of the NAACP (S.C. NAACP) and an individual voter, Taiwan Scott, who are represented by the American Civil Liberties Union, NAACP Legal Defense and Educational Fund Inc. (LDF), the ACLU of South Carolina, Boroughs Bryant LLC, Arnold and Porter and the General Counsel’s Office of the NAACP.

The lawsuit alleged racial gerrymandering and intentional discrimination in 29 districts aimed at diluting the voting power of Black voters.

Under the agreement announced today, the amended maps will restore Black voters’ opportunity to elect the candidates of their choice in Orangeburg, Richland, Kershaw, Dillon and Horry counties.

The groups were poised to go to trial on May 16 if an agreement had not been reached. They are still headed to trial over the U.S. congressional map this fall.