Republican women in the House could change everything 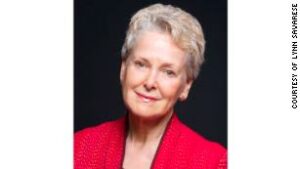 On January 3, when members of the 117th Congress raise their hands and swear their oaths, a significant shift will take place. The number of Republican women in the House will more than double from 13 to at least 28 (two races are pending litigation). For a party historically known as “pale, male and stale,” this increase is particularly meaningful.

The number of women on the other side of the aisle — currently 88 — has been growing for decades. The first milestone came in 1985, when there were only 12 Democratic women in the House. That year, the pro-choice mega-fundraiser EMILY’s List (“Early Money Is Like Yeast — it makes the dough rise”) was born, and the Democratic Party began a slow but steady transformation.

The recent influx of Democratic women into politics was spurred dramatically four years ago by a flagrant misogynist’s defeat of one of the most competent presidential candidates in our history. The subsequent Women’s March further fueled the surge. EMILY’s List was deluged with women streaming through the cracks in the glass ceiling.

In 2018, many of those candidates won red districts, flipping the House and handing their party a 36-seat advantage.

Almost 40% of the House Democrats were female. The gutsy candidates largely supported each other, but further advancing them were party leadership, funders and a legion of like-minded groups. The surge in the Democratic victories of well-funded female candidates was a wake-up call for Republicans that they had to “diversify or die.” What Dems did in that election cycle became a playbook for the GOP. Existing Republican political action groups, like Value in Electing Women (VIEW) and Winning for Women gained traction as never before.

What a transformation. Several years ago, a Republican changemaker complained to me that the party wasn’t putting its thumb on the scale to help women overcome primary hurdles, such as the reluctance of conservative men to back them financially. (That complaint echoed research I had commissioned from a team of political and data scientists.) The lack of female candidates, in turn, exacerbated the exodus of women from the party. Even before Trump, insiders told me that Republican women voters were switching parties for ideological reasons like climate change, immigration reform and health care. In other words, this shift likely wouldn’t abate if or when Trump was defeated — although many women said they blamed the party for supporting him.

Swanee Hunt, former US ambassador to Austria, is founder of the Women and Public Policy Program at the Harvard Kennedy School of Government and founder of Seismic Shift, an initiative dedicated to increasing the number of women in high political office.