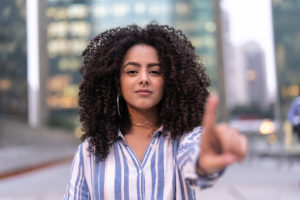 The law does not require a lot when it comes to redistricting. But plans must comply with the Federal Constitution and Federal law.

First, districts must comply with one person, one vote. Each person in one district should have the same representation as a person in any other district. The Supreme Court requires Congressional districts to be as close as possible in population. A total deviation (most to least populous) of 10 % or less is presumptively Constitutional for all levels other than Congress.

Federal law requires that congressional districts be single member. The Federal Constitution and laws also allow other forms such as at-large, multimember and mixed systems.

The 14th Amendment requires equal protection of all citizens and the 15th Amendment prohibits vote denial or abridgement on the basis of race or color. Plans must comply with the Voting Rights Act (VRA). This means ensuring that districts do not dilute the ability of minority citizens to elect candidates of their choice.

Drawers can always consider race. If, however, consideration of race predominates over “traditional districting principles,” drawers would first have to establish that the VRA required the creation of a VRA district. Then the drawer must narrowly tailor the district just to cure the Section 2 problem.