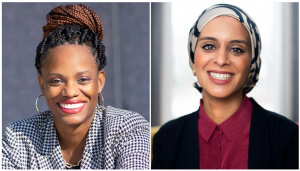 Progressive women are reemerging as a powerful force in the midterm elections, moving further away from the white male image that has dominated the left’s narrative.

As moderate female lawmakers look to exit Congress, left-wing candidates — specifically women of color and Black women — are pushing to redefine what the party could look like in November with more liberals in the House.

Insurgents who were once relegated to fringe status are now on the air and blitzing the mainstream media, hoping to move voters in different parts of the country. They’ve also fine-tuned their messaging to show that both ideology and identity are necessary for what they see as a winning calculus ahead of the fall.

“Cycle after cycle, Black women put this party on their back, but rarely are we given the opportunity and resources by our party to lead from the front and represent our communities,” said Summer Lee, a progressive first-time House candidate seeking election in Pennsylvania’s 12th Congressional District.

“It’s always our priorities, progressive priorities, that are on the chopping block first because the people making decisions have the luxury of not seeing our crises as urgencies.”