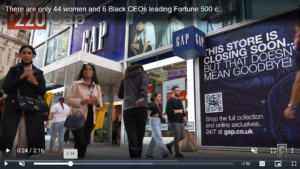 Women CEOs of S&P 500 companies were paid a median of $15.8 million in 2021, a 26.4% increase from the previous year, according to an annual CEO compensation report released Thursday by Equilar, a provider of corporate leadership data, and the Associated Press.

The top-paid female CEO on the list was Lisa Su, CEO of Advanced Micro Devices, who made $29.5 million in 2021. General Motors’ Mary Barra was No. 2 at $29.1 million, and General Dynamics’ Phebe Novakovic followed at $23.6 million.

Male CEOs of S&P companies, in contrast, made slightly less than their female counterparts—a median of $14.4 million, or 17.7% more than the prior year.

The report is based on pay packages of 340 executives of S&P 500 companies. Of those executives, only 18 were women, an increase of two since last year’s report.

Lorraine Hariton, CEO of global nonprofit Catalyst, which advocates for better inclusion of women in the workplace, says the greater pay for women CEOs is an encouraging sign that the gender gap in C-suites is narrowing.