PACs and Others Join to Defend Women Leaders from Fake News 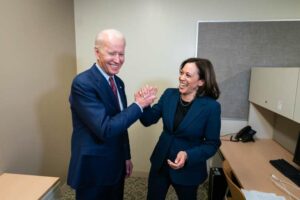 As many of us know too well, we are living in a time when disinformation can kill you. Disinformation can also derail strong campaigns for leadership during an election season. In the case of our current political climate, there is great need for funders to step into the breach and defend news and information so that voters can make informed decisions.

To that end, I was thrilled to hear about a new project called the Women’s Disinformation Defense Project, which will work extra hard to defend our women and people of color candidates from being shredded mercilessly by fake news in the next 5 weeks. Convened by UltraViolet, the project is being dubbed a new “war room” that is creating and disseminating journalism that will counter the disinformation being targeted to voters.

With research and social media messaging, the Women’s Disinformation Defense Project will fight back against Trump and others who launch baseless lies about these leaders.

“We are so proud to be partnering with some of the best strategists on our side to have Senator Harris’ back at every turn,”said Tara McGowan, CEO and founder of PACRONYM said regarding the new coalition. “For just the fourth time in our history, a woman will be on the presidential ticket of a major political party- and for the first time, a woman of color will be. The historic nature of Senator Harris joining the ticket, coupled with her indisputable experience and record of getting shit done is already working to close Biden’s enthusiasm gap among voters. But as we know too well, the presence of a woman on our ticket will also bring out the worst imaginable instincts of Donald Trump and his allies.”