New Leadership for the Big 10 Universities: The Glass Ceiling Is Cracking 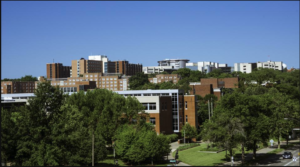 The University of Iowa announced on Friday the selection of Barbara Wilson to be its 22nd president. The appointment marks the second woman to be chosen as the leader of a Big Ten university in the past month, following the naming of Pamela Whitten to be the 19th president of Indiana University, the first woman to hold that post.

The selections of Whitten and Wilson shows something of a changing of the guard in the Big Ten, the oldest Division I collegiate athletic conference in the nation. Despite its moniker, the conference has grown to 14 universities, containing 13 state institutions and one private school spread across 11 states. Apart from their athletic prowess, the member schools are academic powerhouses, generally regarded as among the best research universities in the country. For example, all but the University of Nebraska are members of the prestigious Association of American Universities (AAU), with Nebraska having lost its designation a decade ago.

Not only are most Big Ten presidencies and chancellorships now held by women and Blacks, the office of provost, which is a university’s chief academic officer and still the primary stepping stone to a subsequent presidency, shows an equally strong diversification. It’s quite a bench. Of the 14 provosts, nine are women (Illinois, Indiana, Maryland, Michigan, Michigan State, Minnesota, Nebraska, Northwestern and Rutgers), and two are women of color (Susan Collins at Michigan and Francine Conway at Rutgers).

Starting in the upcoming academic year, only two Big Ten schools – Purdue and Penn State – will not have either a woman or a minority as their president or provost.