Lack of Investment in Women-Founded Startups Is a Missed Opportunity 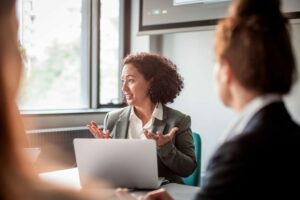 Everyone loves the idea of a startup: One person or a small team of people starting a business by bootstrapping it and leveraging funding to become a million-dollar company or even a unicorn. That love for startups is deeply entrenched in the popular psyche. However, when most people think about startups, they don’t often imagine female-founded or led companies.

The Global Entrepreneurship Monitors reports that the global male-to-female entrepreneur ratio is 10-to-7. That’s a small gap, but it grows massive when you look at it in terms of funding. In 2018, male founders raised $109 billion in VC funding in the U.S., while female founders only managed to raise $2.86 billion. That’s a trillion-dollar missed opportunity by investors, and we’re not exaggerating.

Why Women Struggle To Raise Funds For Startups

There’s a common misconception that there isn’t a large number of female entrepreneurs, but the numbers show otherwise. The male-to-female entrepreneur ratio is much smaller than you might imagine with seven female founders for every ten male ones.

In 2020, female entrepreneurs owned approximately 9.9 million small businesses in the U.S. Male founders, on the other hand, own about 12.5 million companies.

It’s easy to say the gap exists because women are less interested in entrepreneurship, but that’s not the case. The fact is, it’s simply harder for women to raise enough funding to keep their businesses afloat.

You’re probably familiar with the statement that “90% of all startups fail.” The real number may vary based on industry and other factors, but overall, many failures are due to a lack of funding. This type of failure is a risk to women-led startups, especially considering that in 2020, it was estimated that only 2.3% of all VC funding went to these startups.

The gap in the number of startups isn’t large enough to explain that disparity. One explanation is that only about 12% of decision-makers in VC firms are female. When there’s more female representation, the chances of getting funding for women-led businesses increase.