Kristy Quattrone, Director of Boards and Commissions, Office of the Governor 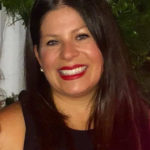 Before she joined the Governor’s Office, Kristy worked with Lieutenant Governor Henry McMaster as his Deputy Chief of Staff, with Attorney General Alan Wilson as his Senior Executive Assistant, and with Attorney General Henry McMaster as his Director of Constituent Services.  Prior to beginning her career in government, Kristy was a small business owner and operated Tullulah, a retail business on Devine Street in downtown Columbia, South Carolina.

Kristy earned a B.A. in International Studies from the University of South Carolina and matriculated from Heathwood Hall Episcopal School.  She lives in Columbia with her husband, Anthony, and their two-year-old son, little Anthony.  Kristy stays involved in her local community as a sustaining member of the Junior League of Columbia, as a member of the Columbia Museum of Art, and by serving on the board of directors for the ColaJazz Foundation.  The Quattrone family attends the First Presbyterian Church in Columbia, where they have been members since 2008.