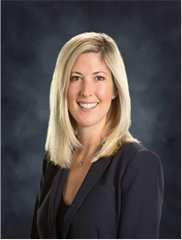 Kelly W. Beazley is Bank of America’s Southeast Public Policy Executive, overseeing the State and Local Government Relations team in 12 states. In addition, Beazley serves as the state political action committee liaison and directs all partnership activity with the National Governors Association and National Speakers Conference. Beazley started with the company as a Public Policy Manager in 2008. She has served on the CAO D&I ESAT Council since 2019 and is a 2020 recipient of the Bank of America Global Volunteer Award.

Prior to joining Bank of America, Beazley was a Senior Government Relations Manager for Walmart, managing on all legislative, political and charitable giving activity in Connecticut, Virginia and West Virginia. She also spent seven years serving as a congressional and state legislative political strategist and media spokesperson. Beazley began her career in broadcast journalism working in radio and television in Washington, DC and Pennsylvania.

Beazley holds a BA in journalism from Penn State University. She is actively engaged in a number of organizations, including serving as a Board Trustee for the Children’s Museum of Richmond and former gubernatorial appointee to Virginia’s Secure Commonwealth Panel. A native Virginian, Beazley currently resides in Richmond with her husband, son and two Golden Retrievers.