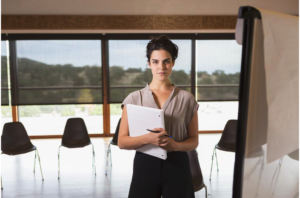 I am not a fan of defining what a human being can professionally achieve based on their gender. I think the sky is the limit for everybody. However, as a leader at work and a married woman and mother, I am here to throw some light on the challenges that many women leaders face.

Firstly, I would like all women reading this article to know that they are not alone. Secondly, I would like to give bosses, peers, employees and any other stakeholders a heads up about what might be going on in the background for women who show up every day to work, on time, well dressed, all wired up for the mission and with a big smile on their faces.

Here are some of the three biggest problems I see for women.

When a woman gets involved in a relationship, new roles and responsibilities will likely be added on. If she acquires a cooperative partner, she would still need to do house chores, go shopping for groceries and cook, depending on how they divide responsibilities. A second tier of hard work will be added if children are involved because this will stretch her family responsibilities even more.

All of this would logically require more money and, in turn, more work hours — which could be impossible for someone to balance. Under extreme conditions, women will choose to delegate their role — as a parent or in managing house chores — partially or sometimes totally to their partner or someone else and go out to make more money, but again, this will weigh on their psychological well-being.

However, a topic that people rarely discuss — and is very real — is the ego clash that happens when women start to improve their work status at the expense of the family responsibilities they initially signed up for in the relationship. Challenges may include traveling for meetings, putting in more late nights or sometimes working on weekends.