How coronavirus could do real, long-term damage to women’s careers 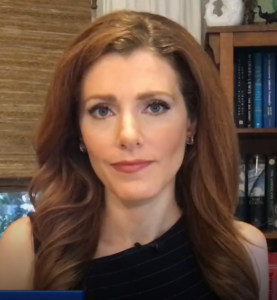 As record unemployment numbers continue to grow, women are suffering more than men when it comes to layoffs. And with looming concerns about whether schools will reopen in the fall, parents worry they may have to choose between their jobs and their families. That calculus could have a bigger impact on working women, who have taken on the greater share of home-schooling and child care.

If women continue to lose workforce gains in this economic downturn, that could have massive repercussions on the gains women have made in the workforce in recent years, by exacerbating pay and promotion gaps.

Women have been hit harder by the economic crisis sparked by Covid-19. June unemployment numbers show that 11.2% of women over age 20 are unemployed, which is a full percentage point higher than male unemployment in that same age group, according to the Bureau of Labor Statistics’ most recent jobs report. That’s in part because women are more likely to hold jobs in the sectors that have been hit especially hard by the downturn, such as the service and retail sectors.

“The unemployment rate for women was actually lower than for men, right before the virus came. But unfortunately — and this is a statistic we’ve been tracking — we see that the unemployment rate for women now is higher than it is for men,” said Labor Secretary Eugene Scalia on Wednesday. “We have important work to do, and we know that working women will have a harder time getting back to the workplace. They continue to cite child care at a much higher rate than men do as a reason that they’re not able to work. And so for them, too, reopening our schools will be very important.”

The biggest setback could be felt by Black women; those over 20 saw 14% unemployment last month, compared to 10.3% unemployment for White women, according to the Bureau of Labor Statistics. That rate of unemployment for Black women is higher than that of Black men, White women, and White men. And Black women are already struggling with a much larger pay gap: they earn 62 cents for every dollar White men earn, while White women earn 79 cents on the dollar, according to LeanIn. And Black workers and their families are more likely to face health risks from the coronavirus, as they comprise a greater percentage of front-line workers, according to the Economic Policy Institute.

Working mothers are enduring additional pressure during stay-at-home orders. They’re spending 15 more hours weekly on domestic labor than men, according to business strategy advisers Boston Consulting Group. And Catalyst, a non-profit focused on helping companies better serve women, reports that women are twice as likely as men to be responsible for homeschooling.

“There’s a big financial impact and compounding factor when you actually step out of the workforce,” says Mary Beth Ferrante, the CEO of WRK/360, which advises companies on how to retain working parents. She says that many women who decide to leave the workforce, temporarily or permanently, for child-care reasons are mid-career at the point where they should be moving into leadership roles. “So long term we’re going to continue to see those gaps in leadership pipelines.”

Still, this could be an opportunity for change. “Things like hiring practices, promotion practices, opportunities to re-skill, compensation, all these need to be measured,” says Lorraine Hariton, CEO of Catalyst. “Building a more inclusive workplace and all the cultural changes involved need to be focused on.”

“Covid-19 laid bare the inequities that exist in our society, whether it’s gender, or race, and really showed how interconnected we all are,” says Hariton. “I think business leaders in particular are very aware of that, because they have a very broad constituency and the shift to stakeholder rather than shareholder capital was already happening. So here’s an opportunity to really lean into that change.”