Healthcare Is Experiencing a Boom in Female Entrepreneurial Leaders 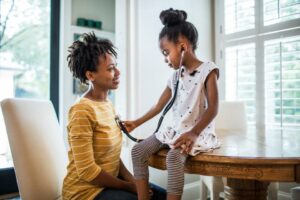 In October, the Nobel Prize for chemistry was awarded to two women, Emmanuelle Charpentier and Jennifer A. Doudna for the development of a method for genome editing called CRISPR. This is the first time two women have won this prestigious prize and is a timely signal of the growing role women play in health-related fields.

While specific data is hard to find, anecdotal evidence seems to show more women are founding or leading efforts in the healthcare and life sciences industries. And even though women still lag men in the percentage of healthcare leadership roles, with only 13% serving as CEOs and 30% being part of C-suite teams, they tend to be better represented at the top versus in other sectors like financial services or technology.

Lygeia Ricciardi, Chief Transformation Officer of Carium attributes some of this larger role to simple volume. Given that women make 80% of the healthcare buying decisions in the United States and make up 65% of the healthcare workforce, she says it’s “only natural that we have strong opinions and insights into how to make it better.” And she sees lots of room for improvement, pointing to the opportunity to help people – especially women – use digital tools to better manage and improve their health.

Astarte Medical cofounder and CFO Tammi Jantzen echoes this point. “Women are the Chief Medical Officers of the home. It only makes sense that more women are leading companies in healthcare – they know their customer because they are their customer.” Jantzen also believes that as discussions about women’s issues like sexual and reproductive health become less taboo, more female entrepreneurs are seeking solutions.

Perhaps this helps explain the sudden and explosive growth of what’s been termed femtech. This subcategory of healthtech focuses on approaches and solutions for women’s health issues. At least $241 million in venture capital funding flowed to this sector in 2019 alone, with Frost & Sullivan projecting a market potential of $50 billion by 2025.

Susanne Fortunato, Founder of Wingspan Health also points out that there is a history of female leadership in healthtech – notably Judy Faulkner’s founding and growth of Epic, whose software now runs at most of the large health systems in the U.S. – that has likely helped inspire this new generation.

So, will the awarding of the Nobel Prize to Charpentier and Doudna lead to even more women joining the ranks of health and life science leadership? Both were vocal in their hope that their win would serve as an example.

In comments, Charpentier reflected on the importance of other women seeing a clear path for themselves and the message the prize sends to young girls. Doudna reinforced this, calling out the need to demonstrate to younger women that their work can be recognized just as much as male achievements.

Of course, this movement does not have to wait on today’s girls growing into tomorrow’s leaders. Many women noted that they have found their way to leadership in healthcare by way of a mid-career turn.