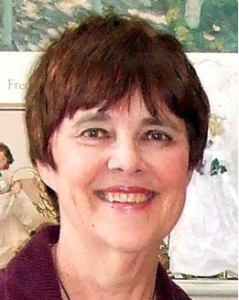 Last week I went to a birthday party.

It was a glorious spring day at Boyd Plaza in downtown Columbia, where South Carolina Women in Leadership (SC WIL) was celebrating its second birthday.

Two years earlier, a diverse group of 12 women had come together and “defined a multipartisan strategy for encouraging women to lead,” Barbara Rackes, a local businesswoman and a founder of WIL, told the crowd.

Today, the organization can boast of 100 founders who each contributed $1,000 to build WIL’s foundation. WIL has also won the support of corporate sponsors that include Aflac, Bank of America, BlueCross BlueShield of S.C., Dominion Energy, Hunt Alternatives, Nephron Pharmaceuticals, and Verizon.

WIL’s mission is straightforward—to increase race and gender representation at all levels of business, government, and community.

Do we need more women in the S.C. legislature, where today only 17 percent of lawmakers are women, despite the fact that 51.6 percent of the state’s population is female? Yes.

Do we need more women on corporate boards and school boards, city and county councils, and all types of community organizations? Absolutely. And to move things along, WIL has created and manages the only comprehensive database of open seats on appointed boards and commissions at the city, county, and state levels.

It makes a tremendous difference when women’s voices are heard. Consider the state of Nevada, where women currently make up 60 percent of the 63-member legislature, much more than any other state.

The result, says The Los Angeles Times, “can be measured in dollars and sensibilities. Among the changes are new laws expanding access to healthcare and family planning, fortifying abortion rights, strengthening the penalties for domestic violence, and giving prosecutors more and better tools to fight sex crimes.”

There is also a new law on the books in Nevada that toughens the requirement that women receive equal pay for equal work. “Previous attempts failed in part,” deadpanned The LA Times, “because male legislators questioned whether gender discrimination was, in fact, a problem requiring legislative action.”

Back in South Carolina, WIL has built an audience of more than 50,000 people statewide who receive its newsletters. WIL has also conducted training for women “on subjects as diverse as presenting yourself professionally in a Zoom meeting to finding your personal leadership style,” says Rackes.