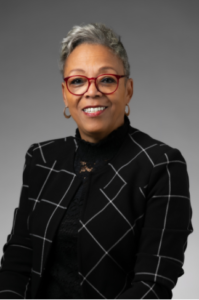 After receiving an associate degree from Coastal Carolina she received a bachelor’s and master’s from USC. When she was 46, she began studying at USC Law, earning her Juris Doctorate in 2000. Barbara first won the election for mayor of Conway in 2016, becoming their first African American mayor then was reelected in 2020. Before her run for mayor, Barbara served as a Mayor-Pro-Tempore and the deputy administrator for the city. She has received many awards including: the 2009 NAACP Leadership Award, a 2011 Leadership Grand Strand’s Ann Debock Leadership Award, and the 2010 Girl Scouts Eastern South Carolina Mary Brewer Women of Distinction Award. In 2018 she received the honorary degree Doctor of Public Service from Costal Carolina University. She serves on various boards, currently as executive board member of Myrtle Beach Regional Council of Governments, the Municipal Association of SC, and president of Horry County League of Cities.