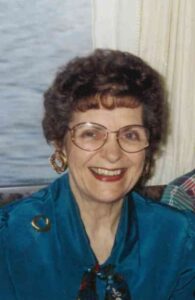 Barbara Moxon became active in the League of Women Voters in 1963 and served as the state president of the organization from 1971 to 1977. She served as chairperson to the South Carolina Commission on Women from 1974 to 1985. She used this position to promote Women’s History Week project statewide. As an active member of the American Association of University Women and working as a state legislative chairperson, she brought together fifteen public interest groups leading to a comprehensive health and sexuality education bill. Moxon was the head of a new organization, Advocates for Comprehensive Health Education, in support of legislation that strengthened state programs on many social issues which passed in 1988. She organized the Advocates for Women on Boards and Commissions to get more women appointed to more public positions. She was awarded the Order of the Palmetto by Governor Jim Hodges in 1999.