The Supreme Court has said Gerrymandering Is Our Problem Not Theirs. So Now What??? 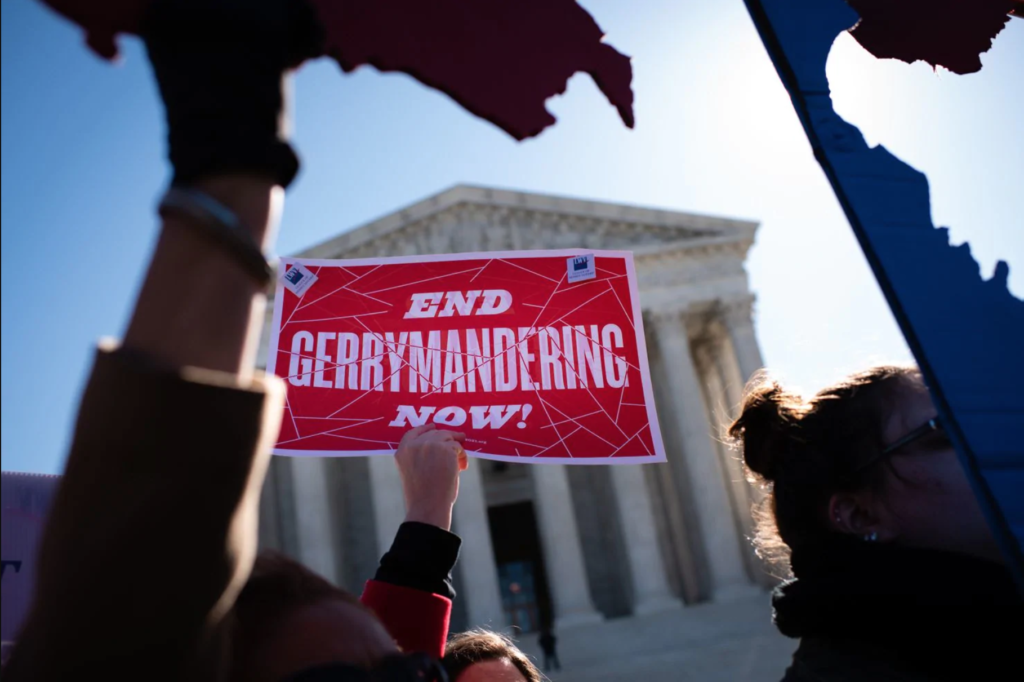 Last week the US Supreme Court in a 5-4 vote decided that federal judges have no power to police partisan gerrymandering.  Gerrymandering is the way that political voting district are drawn to tilt the scales to one political party over another. This ruling gives the green light to legislatures all over this country, including here in South Carolina, to continue to draw maps with disenfranchise voters and suppress the voices of South Carolinians.

Next year, 2020, is a census year.  After the 2020 census, our State legislature will redraw U.S. House of Representative and state legislative districts to reflect the population changes that are determined through the census.  Gerrymandering effectively allows elected officials to pick their constituents instead of voters picking their representatives. And this isn’t just about party, this is about retaining power. I remember a few years ago speaking to a Republican friend of mine who is a local elected official.  He was interested in running in running for a higher office against a long time elected official but he was unable to because during the last redistricting, his house that used to be in this legislative district was drawn out, likely to keep the incumbent from having serious opposition in a primary.  And this is not the only instance I know of this type of thing happening.

As I speak to people about the growing political divide and why things just don’t get done, I raise this gerrymandering as one of our major issues.  As a local elected official that regularly works with both Democratic and Republican elected officials, I see first-hand that because most elections are won or loss in a primary that many decisions are not made because it is in the best interest of our state or the people represented, but because elected officials want to appeal to “the base” of the folks who will vote in a primary.  With that being the case, you have representatives less likely to vote their conscious and more likely to go to the extreme of the party they represent and through redistricting, they will draw out any potential competitors to “protect” their seats.

If the Supreme Court refuses to protect the voices of Americans, we, the voters must do it.

Here are just a few things we can do:

Tameika Isaac Devine is the Mayor Pro Tem of the City of Columbia and a Board Member for SC WIL.  In her 5th term as an elected official, Mayor Pro Tem Devine was the 1st black woman elected to the Columbia City Council and the 1st African American to be elected citywide.  Key to her success, has been her ability to build relationships across party lines. During her first election at age 29, she was able to break through partisanship and pull together a winning coalition of African Americans and Republican voters.