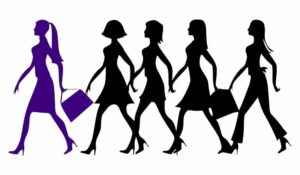 More than ever before, women are reaching new heights in various fields. However, success comes at a cost—one that could have significant repercussions on their careers and personal lives.

A recent McGill-led study on the relationship between gender, fame, and media coverage examined how journalists cover women when they break through the glass ceiling, reaching positions of power and status. The researchers examined millions of media references to thousands of women and men in various domains, including politics, business, entertainment, and sports. They showed that although overall media coverage is more positive for women than for men, this difference disappears and even reverses at higher levels of fame.

This phenomenon, referred to as a “paper cut” (in reference to breaking the glass ceiling), results from the violation of gender hierarchies and social expectations about typical feminine behavior, which evokes disproportionate scrutiny for successful women.

“As women become more successful and famous, their media coverage becomes increasingly more negative, while for men the coverage sentiment remains stable, regardless of their level of fame,” explained McGill professor Eran Shor, Department of Sociology. “As women’s fame increases, rather than celebrating their achievements with favorable coverage, media scrutinize them more closely, ready to find blemishes and faults in their performance.”