Five Ways to Be a Successful Female Entrepreneur 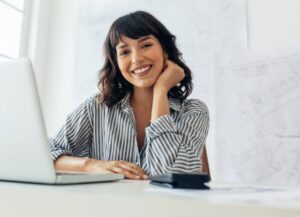 According to World Economic Forum’s (WEF) latest Global Gender Gap Report, a systemic lack of access to capital, credit, land, or financial products prevent women from starting a company. This only adds to another perpetual factor impeding female entrepreneurship – lack of care infrastructures. The WEF concludes that women spend at least twice as much time on care and voluntary work in every country where data is available. Global markets are missing out on a substantial economic and social growth potential. It is striking to know that, in the UK alone, up to $350 billion of economic value could have been created if female entrepreneurs started and developed new businesses at the same rate as men.

Robyn Matarazzo, CEO and founder of Illumination PR, comments, “Despite women feeling more overworked and anxious over the last 12 months of the pandemic and twice as likely to sacrifice their career to be caregivers, female-founded starts-ups have doubled, and the Fortune 500 has more female CEOs than ever before.” She believes that this shows that women are key to post-pandemic recovery, which were crucial for businesses before the pandemic. Matarazzo continues, “With children now remotely learning from home, women have shown they not only thrive in caregiving, but also in teaching their children and time management.” Consequently, with so many losing their jobs, women have stepped up even higher in today’s climate to create longevity in the workplace by creating their businesses, teaching themselves to survive and support their families at the most trying time in the world.

Erin Williams, founder of INFLUENCED and The Modern Day Living Magazine, agrees, suggesting, “there are still so many female entrepreneurs out there now that we don’t hear about due to their lack of confidence and fear.” She continues, “for me, being a female entrepreneur means being a leader, a creator, looking straight ahead and not worrying about what people are saying around me because nowadays we have so many amazing female business owners out there that just go for it, create and risk.” Consequently, Williams believes more and more women are becoming entrepreneurs and business owners because we, as women, can see a space for success and growth in many different industries.

That said, there are systemic obstacles to starting a business for female entrepreneurs. However, the bleak picture does not improve for women even after taking the plunge and starting a business, says Dr Selin Kudret, an Assistant Professor at Kingston Business School. Evidence from various economies and samples consistently shows that gender remains a significant predictor – inequitably skewed against women – for access to financial and social capital, and hence positions of power, regardless of the competence and self-efficacy levels of the women entrepreneurs. Studies also clearly demonstrate that the prescribed gender roles and related gender stereotype-based threat to women perpetuate the disadvantages experienced by female entrepreneurs. These factors amount to, what Kudret calls, gender tax, and we observe its inevitable reflections on the scale and success of businesses established and led by female entrepreneurs because enterprises founded by men are more likely to reach greater scales than those of their female counterparts.