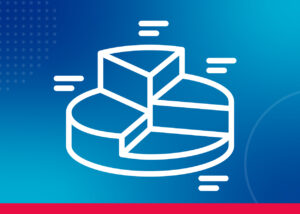 South Carolina continues to grow. Since the 2010 census, our population is estimated to have increased by nearly 10 percent. Slightly more than 51 percent of our population is female, but in 2021, women will hold just 17.6 percent of seats in the state legislature (five in the S.C. Senate and 25 in the S.C. House). Of the 170 state legislators, only 10 are Black women.

Want the details on how many women are in office nationally and statewide? Click on the links below.

Women in U.S. Elected Office
In 2021, 142 women will serve in the U.S. Congress –24 in the Senate and 119 in the House. The number of women in statewide elective executive posts was 95, and the proportion of women in state legislatures is 26.20 percent. Kamala Harris is the first woman to hold the office of Vice President.

Women of Color in U.S. Elected Office
Of the 142 women serving in the 117th U.S. Congress, 49, or 34.5% are women of color; in addition, a Black woman, a Latina, an Asian Pacific Islander, and a Caribbean American woman serve as Delegates to the House from Washington, D.C., Puerto Rico, American Samoa, and the Virgin Islands, respectively. Women of color constitute 9.2% of the total 535 members of Congress.

Women in Elected Office in South Carolina
In 2021, South Carolina ranked a dismal 46th among the 50 states with respect to the number of women in elected office. While this is an improvement from our 50th ranking just eight years ago, we can do much better. Below are more detailed statistics on S.C.’s standing as of 2021. Source: Center for American Women and Politics