Home › Learning Center › Faces of dominance: Why the faces of women and men are perceived differently by liberals and conservatives

Faces of dominance: Why the faces of women and men are perceived differently by liberals and conservatives 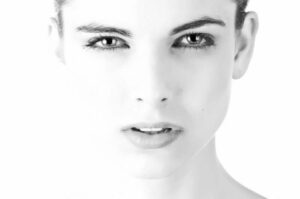 A new U of T Scarborough study finds that liberals and conservatives differ in how they perceive dominance in women, which may influence their likelihood to vote them into political office.

“We found that conservatives and liberals read dominance signals differently in the faces of men and women,” says Pankaj Aggarwal, professor of marketing in the department of management at U of T Scarborough.

“This has some practical implications for politics, gender stereotyping and how we perceive leadership roles in society.”

Aggarwal and co-author Ahreum Maeng, an associate professor at the University of Kansas, looked at the width-to-height-ratio of a face to measure perceptions of dominance. Basically, a person with a wider face is perceived as having a more dominant personality and possessing stronger leadership traits than someone with a narrower face.

In a series of experiments, the researchers found that wider faces in men are perceived as more dominant, but the same perception is less likely for women’s faces.