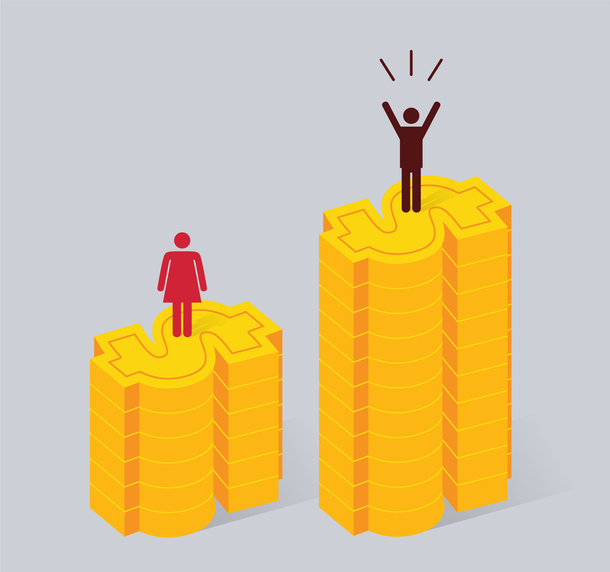 August 26th is Black Women’s Equal Pay Day, which means black women had to work all of 2018 and until August 26, 2019 to catch up with what white men were paid in 2018 alone. The fact is: regardless of their occupation, level of education, or years of experience, black women are still paid 39% less than white men, and 21% less than white women.

Companies report they are highly committed to gender diversity, yet women continue to be vastly underrepresented at every level. For women of color, it’s even worse. Only about one in five senior leaders is a woman, and one in 25 is a woman of color.

And although women are doing more than their part—earning more bachelor’s degrees than men for decades and asking for promotions and negotiating salaries at the same rates as men—the pay gap actually widens for women at higher education levels, with the largest gap for black women with bachelor’s and advanced degrees.

The onus is not on individual women to close the gender pay gap by asking for more—if it were, the gap would already be closed. But until companies make long overdue changes, here are five tips for more effective pay negotiation, courtesy of LeanIn.org:

Both women and men who ask for a raise are more likely to report getting one than those who don’t speak up.

Women are significantly less likely to ask for a particular amount, but on average, people who are specific receive a greater increase in compensation than those who aren’t.

Get advice from a trusted colleague about how best to approach the issue and rehearse the actual conversation.

Demonstrate your value and then make a high first offer.

Speak up and ask your manager for help.

To learn more about the pay gap and how to help companies turn good intentions into concrete action, read Women in the Workplace , which is the largest comprehensive study about the state of women in corporate America. Since 2015, LeanIn.Org and McKinsey & Company have published this report annually to give companies and employees the information they need to advance women and improve gender diversity within their organizations. Over the past four years, 462 companies employing almost 20 million people have participated in the study.