The Economic Impact of “Lookism”: The Hidden Tax You Pay 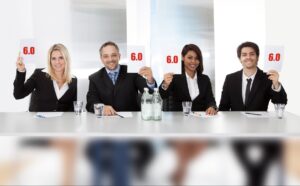 Women being judged for their appearance is nothing new. It’s something we think about every morning when we get ready.

Will this skirt lead to street harassment?

Will this eyeshadow make me look unprofessional?

Yet, it’s more than just another frustration only women face. It has a real financial impact on us.

It’s well established that women make less money than men for the same amount of work.  What we talk about less is the economic impact of lookism. Recent studies show that unattractive individuals earn less with those in the bottom one-seventh in looks earning 10 to 15 percent less a year than those in the top third. That can end up being almost $250,000 over one’s lifetime. It’s even worse for women of color. They can make 37% less than those deemed conventionally attractive, likely because our societal beauty standards have centered around white/European women for centuries. Astonishingly, the lookism pay gap is even worse than the gender pay gap and the race pay gap. Attractive individuals are even more likely to receive loans at lower rates despite being no less likely to default than their less attractive counterparts. So not only are we making less to begin with, we’re further disadvantaged economically if we don’t look a certain way. As if we needed another way to be insecure about our looks!

From an early age, it’s drilled into our head we have to look a certain way. Billions are spent every year on advertising to convince us we have to buy cosmetics, bikini waxes, jewelry, hair dye, and more, to be acceptable. Despite this advertising largely being created by men, it works, including on me. No one would bat an eyelash at a man with unkempt eyebrows, but the horrific thought of having unruly eyebrows as a woman leads me to spend $20 a month on waxing. The average woman spends $3,756 on every year on beauty products alone. Plus, there are some expenses that only apply to women, like the need for menstruation products and bras which set us further behind financially. The average woman will spend over $1,700 in her lifetime on tampons alone.

What’s worse is the fact that products for women are almost always more expensive than equivalent products made for men. It’s so prevalent that there’s a term for it– “the pink tax.” It starts affecting us early in life as “girl” toys are on average 7% more expensive than “boy” toys.  The pink tax continues as we get older. Equivalent razors cost 11% more.  Drycleaning costs 92% more for a woman’s shirt than a man’s.  It persists even towards the end of our lives with home health care products costing on average 8% more for women with a bizarre 21% price differential between male and female personal urinals. Keep in mind, these are set prices of manufactured products. This doesn’t even touch on the instances where women are commonly and blatantly ripped off just for being women like for home repairs and buying a car. Industries try to use excuses like tariffs, market research, and product differentiation to explain away the price disparities but the fact of the matter is that it’s just discrimination.

I wish I could say there’s an easy solution, but bias is hard to defeat. The fight towards equality requires battles on many, many fronts. Here’s where we can start:

Emily Bowerman is a SC WIL team manager. She coordinates Circles of Women and manages the MatchBoard program.