Commentary: How S.C. lawmakers are helping the campaign to cripple our nation 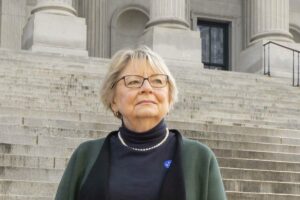 On Thursday, I sat in a hearing room on the S.C. Statehouse grounds and listened while our nation was attacked at its roots. Our federal government was described as tyrannical. A plan to gut the government by rewriting much of the U. S. Constitution was presented. The government is to be starved of money and deprived of the power to act. Bizarre as it sounds, the majority of elected officials on the subcommittee voted for that plan. What is going on?

The answer is simple. Although supporters label themselves “grassroots,” Sourcewatch and Common Cause report that the Mercer Family Foundation, donor-advised funds linked to the Kochs and other extremely wealthy special interests have created and funded the “Convention of States” plan because the power of the federal government is a problem for them. They don’t want to pay taxes. They want all the power for themselves, and the federal government is in the way. They have hired people to convince state legislatures to pass resolutions calling for a convention under Article V of the U.S. Constitution.

We want Social Security and Medicare. We want someone to prevent corporations from dumping poisons into our air and water; we don’t want the bill for cleanup after they collect their profits and leave. We want someone to renourish the beaches and dredge the harbors and help us respond when a pandemic or hurricane has devastated us. We want someone to protect consumers from unsafe cars and medicine, employees from abuse and all of us from violations of our basic civil rights.

We often disagree on how to accomplish these things. The battle for where to draw the right lines is fought every day. The answers are usually imperfect compromises, but they are compromises we can all live with — all except the special interests behind the Convention of States movement. They don’t want compromises that the majority of the American people can live with. They want it all for themselves. They think a federal constitutional convention can give them that.

That is an interesting proposition in itself. The vast majority of constitutional law experts say that a federal constitutional convention cannot be limited by the language of state resolutions. Congress (not states) will establish the manner in which a convention is called, and then the convention itself will define its rules and the scope of the issues that it takes up. Everything will be on the table, from the Commerce Clause to the Bill of Rights. The convention then sends amendments back to the states for approval.

Lynn S. Teague is vice president for issues and action with the League of Women Voters of South Carolina.