“Broadband is the great infrastructure challenge of the early 21st century” 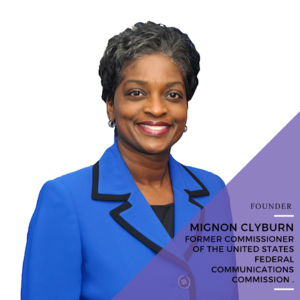 If I were to tell a fifth grader in Marlboro County that these were the first words in the Executive Summary of America’s National Broadband Plan back in March of 2010, she would be justified in exclaiming, “What in the world have you guys been doing for the past 10 years? Certainly not looking out for me.”

Not only has this young girl been unable to sit inside of a classroom in months due to the novel coronavirus pandemic, she struggled this Spring to complete any school assignments requiring an online presence. Why? Because less than 10% of her county has broadband coverage, according to a team dedicated to find and compare internet service providers across the country called BroadbandNow.

She is right to be upset at this former FCC Commissioner… a policymaker from her home state at that… who was there when the National Broadband Plan was published. That Commissioner took an oath to provide her with a more connected future that she has yet to see. She is justified in criticizing state and federal lawmakers responsible for allocating the funds to support critical infrastructure investments, for they commissioned this Plan and made promises based on its finds. And yes, she should be angry with those internet service providers that get billions of dollars in government funds each year to build 21st Century infrastructure that she is still waiting to see and hasn’t because they chose to invest in the most profitable areas (not where she lives) and her needs are not factored into their business decision-making equation.

We have failed her. What is even worse is we have also fallen short when it comes to the needs of her family, her neighbors and her community.

In the pages of that decade-old plan is six stated goals that there we committed to evaluate ourselves by this year and in an ideal world, should have made a difference in her life. She should ask each of us:

Is her community among the 100 million homes with affordable access to download speeds of at least 100 megabits per second?

Has she seen the fastest and most extensive mobile/wireless network in the world?

Did her ‘access to affordable and robust broadband’ come with the means and skills (training) needed to subscribe?

Does her school, hospital or government building have at least 1 gigabit per second of broadband service?

Do her first responders have access to a wireless, interoperable broadband public safety broadband network?

Can her family easily track their energy usage at home in real time and is her energy source “clean?”

You know the answers to these questions and so does she.

Do not blame her if this roadmap “to stimulate economic growth, spur job creation and boost America’s capabilities in education, health care, homeland security and more” has not taken root in Marlboro County? Blame “us”. Many of us made a commitment to make improvements in technological and infrastructural connectivity options when it comes to “economic opportunity, education, health care, energy and the environment, government performance, civic engagement and public safety.”

Whatever happened with that she is right to ask?

To say that millions of people and hundreds of communities have seen no improvements over the past 10 years would be totally inaccurate. But to admit that Marlboro County is still waiting for their connected day to come is totally and unequivocally true… and that is sad.

Robust recovery from the ravages of Covid-19 will not come if less than 10% of that county’s population has access to high speed internet opportunities. Telehealth, remote learning, civic engagement and inclusive economic recovery will be a “dream deferred” without a broadband connection and the devices needed to go online.

When my FCC colleague stated 10 years ago that “broadband can be our ‘great enabler’ and a competitive nation cannot tolerate digital divides between haves and have-nots,” he was criticized in some circles, but time proved him right. I am confident that he had that bundle of joy in Marlboro County in mind when he made that bold statement and the question for us today, is when she walks across the stage to pick up that diploma in 2028, were her high school years as digitally disconnected as her elementary school years?

If the answer is yes, then all of us have failed.

Mignon Clyburn is a Founder of SC Women in Leadership and the former commissioner of the US Federal Communications Commission.