Young Candidates Running in the 2022 Midterms Could Reshape US Politics

October 24, 2022
This op-ed argues that Gen Zers and millennials are bringing a new style of leadership to the halls of power. 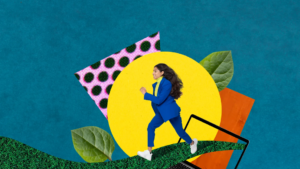 There are roughly 270 young candidates — all under 45 — running for Congress in the 2022 midterms. They couldn’t come any sooner: A new analysis shows our Congress is one of the oldest on average in recent history.

While there’s lots of value in having older, experienced lawmakers serve in these roles, it does more harm than good when it’s at the expense of uplifting young or diverse leaders who can bring new perspectives to the policymaking process. And in a time when 90% of young voters think our country is headed in the wrong direction, it’s obvious that the gerontocracy isn’t working.

The good news? Gen Zers and millennials are bringing a new style of leadership to the halls of power. In my role as CEO of Millennial Action Project, I have a bird’s-eye view of how young people are changing the way we govern for the better. My job is to help the next generation of elected officials build a more functional democracy. I’ve seen that when young people make their voices heard in the civic process — as voters this November, as candidates and elected leaders, and as staffers — our democracy works better.

While young people didn’t create the problems we’re facing, we’re idealistic enough to believe we can solve them, and pragmatic enough to know that building coalitions is a necessary step to creating effective change. Young lawmakers are significantly underrepresented in office — only 20.7% of all state legislators are under the age of 45 — but they’re overrepresented in the category of legislators known as “bridge-builders.”

Bridge-builders are elected officials who have a reputation for working across lines of difference, often party lines, to secure legislative results for the communities they serve. It’s a welcome change of pace from the partisan gridlock that has become a given in modern politics. Last year, per our calculation, young lawmakers in state legislatures sponsored 1,945 bills alongside members of the opposite party. This accounts for nearly 33% of bipartisan bills enacted last year, which shows how young people are working overtime to build creative coalitions to solve the imminent problems facing future generations. Our democracy might be at risk, but young elected officials are picking up the slack.

Rep. Jamie Scott (D-AR) is one such young lawmaker. As a Democrat in a Republican-dominated state, she knows she has to be collaborative to score policy wins. It’s why she gets dinner with a new member of the opposite party every week of the legislative session. “I have to have a lot of friends to get anything done… Everything I work on with criminal justice is bipartisan,” Scott said on a recent call with Millennial Action Project’s nationwide network of young legislators focused on criminal justice reform. That approach helped her lead the passage of HB1470 last year, restricting the use of solitary confinement for juveniles in juvenile detention facilities as a disciplinary measure and lessening restrictive housing in correctional or detention facilities for women who are pregnant, breastfeeding, have postpartum depression or a postpartum condition, or are caring for a child. Scott’s ability to build relationships inside the legislature and marshall bipartisan consensus was critical to these reforms.

This leadership style can bring about innovative solutions for problems previously overlooked. Take Rep. Tory Marie Arnberger (R-KS), who saw the number of young people leaving her state and knew she had to take action. Through a series of happy hours, workshops, and networking events, Arnberger worked with her Democratic colleagues to establish the Kansas Future Caucus, a coalition of legislators under the age of 40 from both sides of the aisle. This group is committed to finding policy changes that can make their state work better for young people. To address the rising costs of homeownership, these young legislators endorsed and sponsored legislation establishing savings accounts and a tax credit for first-time homebuyers. Thousands of young people can now more easily afford their first home because young legislators in the Kansas Future Caucus decided to take matters into their own hands.

That same spirit is embodied by Rep. Taylor Small (D-VT). She recently worked across the aisle to pass legislation banning the “LGBTQ panic defense,” a court legal strategy that uses a victim’s sexual orientation or gender identity to bolster a defense when a perpetrator commits a violent crime. She did so with broad bipartisan support.

Among the new wave of candidates putting their names in the hat this election cycle, 65 are under the age of 35 and two are Gen Zers. Consider the last few years, which have seen the Biden administration act on student loan relief, the House pass a marriage equality bill, and Democrats take action on climate change. Our seat at the table changes how problems — and which problems — get solved and we’re building coalitions to get things done.

If we pay attention, we’ll see that there’s a lot more good happening within our democracy than you might expect. When it comes to young legislative leaders finding ways to pass much-needed policy change, there are so many bright spots and rising stars in our institutions. But they need reinforcements.

The opportunity we have is to make sure that these young lawmakers have the support they need to keep going. I’m committed to doing my part and I’m counting on Gen Zers and millennials to keep showing up as voters, candidates, and leaders in order to do theirs.