Women’s Voices in the New Year 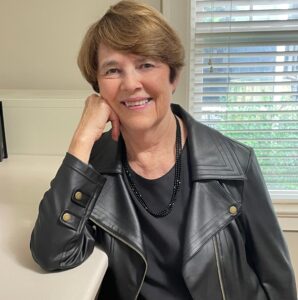 Traditionally, the new year is viewed as a time of rebirth.  We’ve taken stock of our losses and are ready to begin our lives anew – with vim, vigor, and vitality.  And hope.

Except that, after enduring two years of death and disruption caused by the coronavirus, a new, extremely contagious variant called Omicron has come calling.

But the pandemic will end eventually, in some fashion.  All pandemics do.  In the meantime, I’m celebrating the early days of 2022 by re-reading a quote from the Austrian poet and novelist Rainer Maria Rilke: “And now we welcome a new year,” he wrote.  “Full of things that have never been.”

Two other poets also penned their thoughts about welcoming the new year, which are useful for women already in leadership positions and for women who aspire to be leaders.  “Some people feel confusion and uncertainty and do nothing,” wrote Bulgarian poet Alex Dimitrov.  “Don’t do nothing.”

Women are that other voice.

Our voices – and our votes — will be crucial in 2022 if we want to elect more women to public office and encourage more women to serve on local and statewide boards and commissions.

This fall, there will be mid-term elections for all 435 seats in the U.S. House of Representatives and for 34 of 100 seats in the U.S. Senate, including the seat now held by Senator Tim Scott of South Carolina.

Henry McMaster, South Carolina’s governor, is running for re-election in November.  There will also be elections for the statewide offices of lieutenant governor, secretary of state, attorney general, superintendent of education, treasurer, and comptroller, as well as for six of the 16 state solicitors.  In addition, there will be numerous municipal and county elections.

In 2021, 84 women in South Carolina – 60 percent of those who ran for public office — were elected or re-elected.  There will be many more opportunities for women to make their voices heard in 2022.