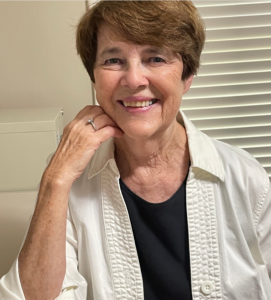 Have you noticed lately how many truth-tellers — commonly known as “whistleblowers” — in this country are women?

A star example is Cassidy Hutchinson, the young former White House aide whose volcanic testimony in June riveted viewers watching the public hearings of the House Select Committee on the January 6 Attack.

A whistleblower of another sort is Dr. Caitlin Bernard, the Indianapolis OB-GYN who performed an abortion earlier this summer on a 10-year-old Ohio rape victim. Bernard talked to reporters and then agreed to be quoted by name about the child’s plight in a story published July 1 in the doctor’s local newspaper. (With the overturn of Roe v. Wade just a few days earlier, abortion after six weeks was no longer legal in Ohio. The girl, six weeks and three days pregnant, had to travel to the neighboring state of Indiana to obtain a legal abortion.)

After the story went viral, Indiana’s Attorney General Todd Rokita said he would investigate whether Bernard had properly reported the disturbing case. Documents prove that she did; she is now taking steps to sue Rokita for defamation.

Go back 20 or 25 years, and you’ll find a list of many other famous female whistleblowers including Erin Brockovich, who was later portrayed in a movie of the same name by Julia Roberts.

So, what is it about women and whistleblowing? Are women somehow more ethical, more virtuous than men?

There are data that “women, more so than men, are associated with lower levels of corruption in government and business,” say Francine Berman and Jennifer Lundquist of the University of Massachusetts-Amherst. Indeed, “the higher the share of female elected officials in government around the world, the lower the corruption.”

Experimental studies and attitudinal surveys, the professors add, also show that “women are more ethical in business dealings than their male counterparts, and one study using data on actual firm-level dealings confirms that businesses led by women are directly associated with a lower incidence of bribery.”

Much of this, Berman and Lundquist suggest, likely comes down to the socialization of men and women into different gender roles in society.

Being less corrupt and more ethical doesn’t automatically lead to whistleblowing, of course. But they are important factors.

I’d argue there is also another component. Marginalized people in an organization — and women usually fit this description – might be more likely to blow the whistle on illicit practices. Women, by definition, aren’t “good old boys” and are often viewed as outsiders This may, in turn, make them feel less obligated to turn a blind eye when they see wrongdoing.

Makes sense to me.