Home › Learning Center › Only woman in the room

Only woman in the room 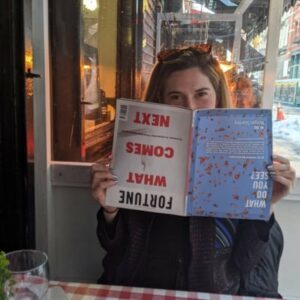 Sitting at a long boardroom table at the Naval Undersea Warfare Center in Newport, Rhode Island, flanked by Senators Sheldon Whitehouse and Jack Reed, Dr. Kathleen Hicks—the first female deputy secretary of the Department of Defense and the highest-ranking woman in Pentagon history—questioned Navy leaders on their commitment to increasing diversity.

“What is it growing by? 1 to 2%?” she asked. Her audience nodded—but quickly discovered that wasn’t the response she’d hoped for: “That was supposed to be a joke.” They would need to do better.

I accompanied Hicks, who oversees the DoD’s $700 billion budget, its 1.3 million active-duty military, 732,000 civilian employees, and the high-level capabilities needed to achieve President Joe Biden’s national security objectives, on a whirlwind two-day trip focused on “green-ifying” the armed forces’ arsenal of vehicles, aircraft, and watercraft. Via a series of flights and motorcades—and a lot of coffee—we visited plants and bases in Michigan, Rhode Island, and Connecticut.

As we were whisked from location to location, I began to notice a pattern. Aside from myself and one other journalist, Hicks was typically the only woman in the room.

“That’s the space I know,” she told me over a morning coffee in Newport, Rhode Island. “I honestly didn’t even notice it. … It did not occur to me. I’m used to that.” Hicks did appear comfortable in these testosterone-heavy setting, never pausing to, for example, interrupt a man who was over-explaining something to her.

The slow progress on diversity in senior leadership at the Pentagon mirrors the tension at the core of Hicks’s trip: slow progress in technological development and fighting climate-related disasters.

“The challenge we have is that the timeline the Department [of Defense] has been used to on innovation is just plain too slow,” she says. “The more we can catch up to the commercial sector, the more we can help speed up our timelines. We have to be working with Congress and inside our own culture to make sure we can move faster.”

That applies to Hicks’ experience as the only woman in the room—and her work to help the DoD go green. You can learn more about Hicks and her mandate for a green technology revolution at the Pentagon by reading my full Fortune profile here.