I was initially saddened to hear about the resignation of Jacinda Ardern, New Zealand’s Prime Minister. Learning more about her reasons for moving on, however, my feelings changed to happiness. I applaud her decision to relinquish power when she could no longer give it her all. Stepping down as she has done is a noble act of leadership — one that we don’t see very often. She developed a new brand, one that emphasizes kindness as well as competence, a difficult balance for many women leaders.

Ardern noted that she didn’t ‘have enough in the tank’ referring to the demanding role of being prime minister and how draining such a position can be. When a woman leader on the global stage says it’s OK to step down, it gives all leaders permission to question their roles and make informed decisions about when enough is enough. For too long, the common thinking for leaders included never giving up, maintaining power at all costs, and having a battleground mentality. Success and leadership do not require such hardline tactics.

Ardern has embodied attributes of a new type of leader, one where it is OK to be vulnerable, to show empathy, while also being decisive and focused. By seeing a highly successful woman leader make these choices, not only can other women benefit from her example, but also many men. We need more women leaders as role models demonstrating how collaboration and kindness are valued more than competition when linked to effectiveness.

Observing Jacinda Ardern as prime minister of New Zealand for five years provides a deep sense of joy and hope for the future when statistics seem grim. It will take 132 years to achieve gender equality around the globe and about 59 years to attain it in North America, according to the World Economic Forum. Gender equity seems tangible when we see women like Ardern celebrating success in her leadership role and bowing out gracefully when it’s time to go. 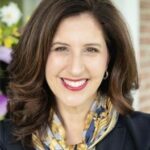 Lisa DeFrank-Cole, professor and director of the WVU Leadership Studies Program, and co-author of “Women and Leadership: Journey Toward Equity,” said there are many lessons to learn from Ardern’s decision to step down on Feb. 7.